Home / Blog / Health Insurance Premiums increased 105% Under Obamacare
Get affordable health insurance quotes in your area.
…or call 1-855-881-0430to speak with a licensed agent today. 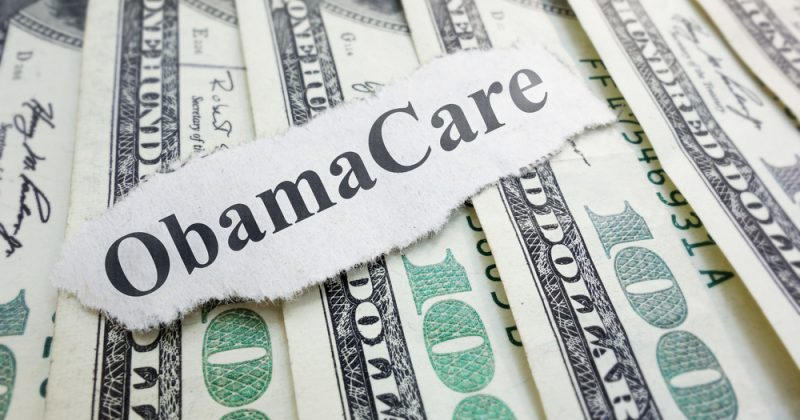 A new report released last month by the Department of Health and Human Services detailed how insurance premiums have increased under the Affordable Care Act. Between the years 2013 and 2017, premiums for individual plans increased by 105 percent. When analyzing the report, this increase applies to 39 states that were using HealthCare.gov during this five-year period. The report does not provide any specifics regarding this increase, but rather just presents the figures. By glancing at these figures, it immediately reads as if the Affordable Care Act resulted in making insurance premiums more costly for Americans. Here are a few things you should know surrounding this report.

A premium refers to the monthly cost owed to your insurance company. The average monthly premium in 2013 was $232 for individual plans. As of 2017, the average premium costs approximately $476, which means there’s been an astronomical increase of $244, or 105 percent.

This is often referred to as Obamacare and was conceived by former President Barack Obama and his administration. The act was signed in 2010 and aimed at making health insurance more affordable and accessible to the American people. Before the Affordable Care Act, insurance companies could reject applicants based on age and medical history, meaning these individuals were unable to purchase basic health insurance.

According to a report by the Brookings Institution, higher premiums are caused by industry consolidation. What does this mean exactly? It means frequent mergers and acquisitions within this sector, resulting in less competition and ultimately fewer options for Americans. It’s also very difficult for new insurance companies to enter the market due to heavy regulations and the possibility of being quickly acquired by another large company.

As previously mentioned, Obamacare ended the exclusionary practices of the large insurance companies, meaning they had to insure elderly individuals and those with complex medical histories. So these individuals were finally able to purchase medical insurance. Therefore, this played a small part in driving up the average cost of insurance premiums. It’s also important to note that Obamacare forced insurance companies to cover a broader spectrum of issues. This means millions of Americans now have access to maternity care, mental health counseling, and substance abuse programs.

Donald Trump has been a strong opponent of the Affordable Care Act. One of his campaign promises was to completely dismantle Obamacare once he entered the Oval Office. This has created a great deal of uncertainty in the health insurance realm, and when there’s a level of uncertainty, prices tend to increase over time. There’s also the question regarding whether the federal government will continue to subsidize Medicaid, a program for impoverished Americans who earn approximately less than $16,000 a year (depending on your state). According to HealthCare.com, if the government stopped subsidizing this program, it would lead to insurance premiums increasing by nearly 20 percent.

Overall, the Department of Health and Human Services issued a superficial report that provides the numbers, but does not provide any context. While we cannot ignore the report, it does demonstrate how health insurance is still a growing concern amongst Americans, and it’s a continuous challenge to purchase affordable health care. For more up-to-date information regarding this subject, you can always consult HealthQuoteInfo.