Get affordable health insurance quotes in your area.
…or call 1-855-881-0430to speak with a licensed agent today.

Obamacare, formally referred to as the Affordable Care Act (ACA), was conceived and enacted by President Barack Obama in 2010. The ACA aims to provide all Americans with the opportunity to access affordable health care. Since President Donald Trump assumed power in January 2017, he has repeatedly threatened to dismantle it. This has led many to ask, “Has Obamacare been repealed?” Numerous attempts in Congress failed to fully repeal and replace the bill, meaning the Affordable Care Act shall continue to endure, but its future is definitely in jeopardy. 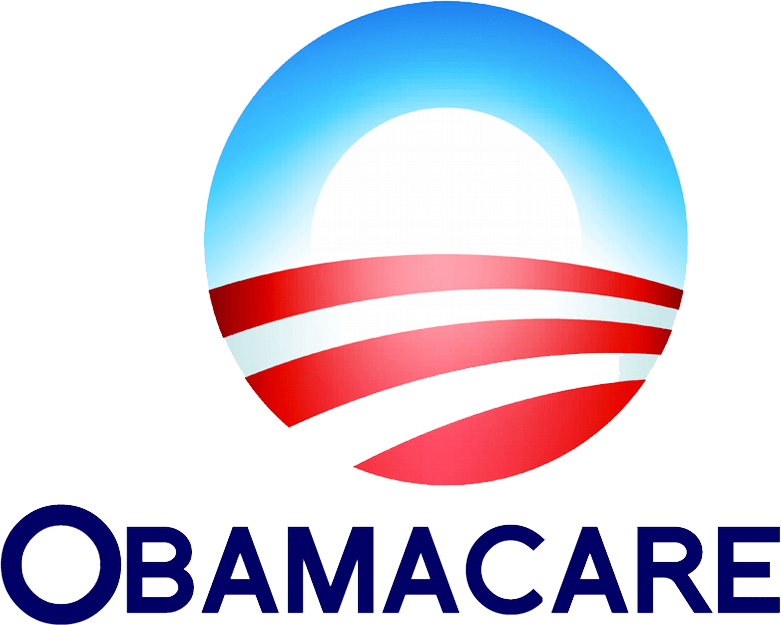 When Did Obamacare Start?

While President Obama officially signed the Affordable Care Act into law in 2010, the first Open Enrollment Period wasn’t until October 1, 2013. The initial enrollment period ended on March 31, 2014. Many people are surprised that it took so long to get Obamacare off the ground, but various aspects of the law had to be ironed out before opening the marketplace.

How Does Obamacare Work?

Under Obamacare, insurance companies are required to offer health care to all Americans. The act made it illegal for insurers to reject individuals based on pre-existing conditions or their current health status. The main reason Obamacare plans are affordable is that the federal government siphons money every month to major insurance companies. This money (which was formerly called cost-sharing-reduction payments) collectively reduce insurance premiums for millions of Americans, therefore making health care plans affordable.

The Affordable Care Act provides subsidies for individuals and families, which means more Americans can afford to purchase health insurance. Through the marketplace, you can evaluate a variety of insurance plans, and see if you qualify for a subsidy, which will come in the form of a tax break or refund. Premiums are based on a sliding scale, depending upon your income. Companies can also receive subsidies or tax breaks. For small companies who have 50 or fewer full-time employees who make an average of under $50,000 a year, the SHOP or Small Business Health Options Program was started. This gives a small business the opportunity to purchase a group health plan and see if they qualify for tax credits to help them absorb some of the costs of health insurance. Larger companies with less than 100 full-time employees started taking advantage of the SHOP in 2016.

Health insurance is not a one-size-fits-all type of business. Due to this, the marketplace offers insurance coverage from several different companies. To find the plan that is right for you and your family, it is necessary for you to evaluate your own health care needs, as well as medications, conditions, etc., as well as consider the premium amounts to see if they fit into your budget. Look at the quality as far as customer service is concerned as well. Search for reviews and then put in the name(s) of the companies that you are considering, to see how they stack up against each other. All of these considerations should be taken to allow you to find the proper coverage for you and your family.

Individuals who want to purchase an Obamacare plan can do so during the Open Enrollment Period. For 2018, Open Enrollment began on November 1, 2017, and ended on December 15, 2017. This means citizens had precisely 45 days to properly shop and compare prices on the marketplace.

Also, those who get Obamacare through a job-based plan might have a different open enrollment period. People should check with their employers to determine when they can enroll in Obamacare.

When Obamacare was first enacted, it included an individual mandate. If you did not purchase insurance, whether from your employer, on your own or through the Affordable Care Act website, you were penalized.

The individual mandate was in effect through the year 2018. People who had to pay the penalty did so when filing their federal taxes.

The mandate was removed from the law starting with the 2019 plan year. That means that people without insurance will not have to pay the penalty to the federal government when they file their taxes in 2020.

However, some states do charge a penalty to those who do not have health insurance. It is expected that additional states will add an individual mandate in the near future as well. These mandates will be paid when filing state tax returns. States set their own penalties, so the amount you will have to pay depends on where you live.

If you currently have an insurance plan via your employer, it has to meet specific insurance requirements that have been laid out in the Affordable Care Act. Here are the main requirements: Coverage cannot be denied due to pre-existing conditions, while premium variations can only be due to age, tobacco use, family size, and geography. This removes the variations due to pre-existing conditions, health status, claims history, etc. Guaranteed Renewability of Coverage means that an insurance company cannot refuse to renew coverage due to illness or pre-existing condition. Catastrophic Plan changes include making sure they have lower premiums, protecting against high-pocket costs, and covering preventative services without cost-sharing. Obamacare and the Affordable Care Act have many benefits for those who do not currently have insurance, work at a company that does not offer it, or simply cannot afford it. When you go to the health insurance marketplace, you will find that there are many different options for you and your family. By evaluating each of the plans and the companies that issue them, you can ensure that you make the right choice for you and your family.

Leading up to the 2008 Presidential election, health insurance was widely debated by both Republican and Democratic candidates who spoke openly about reforming the current system through various means. For example, Presidential candidate John McCain proposed a series of tax cuts to those who purchased a plan through the individual market, which was hypothesized to reduce the number of uninsured individuals in the country.

Once Barack Obama won the election, he tasked his administration to come up with a solution that would make health care more affordable and accessible. This would ultimately lead to the creation of the Affordable Care Act, which was signed into effect in 2010. Often you’ll hear the word Obamacare being thrown around, which is synonymous with the ACA.

The Affordable Care Act has continuously faced a lot of opposition. The Republican Party voiced their discontent toward the bill and created various legal battles in an attempt to nullify the effects.

The main argument surrounding the ACA is that it would increase the country’s deficit and raise the price of new insurance standards, according to the Kaiser Family Foundation. In 2013, a fierce Congressional debate raged over this bill, which resulted in a stalemate and forced a temporary government shutdown for 13 days. The reason the shutdown occurred was that the Republicans refused to raise the debt ceiling unless Obama made concessions to the bill.

President Donald Trump has campaigned heavily on the promise to “repeal and replace” the bill, although since he’s assumed office in January 2017, he and the Republican Party have failed to do so. This is mainly because all the replacement proposals were deemed too harsh by politicians, and are thought to be devastating for the American people. Many people ask, “Has Obamacare been repealed?” and so far, the answer is “no.”

A premium refers to the monthly cost of your health insurance. For individuals with job-based insurance, their premium is typically deducted from their paycheck. Those enrolled in an Obamacare plan have to pay a monthly premium directly out of pocket. Premiums differ in price depending on your location and the type of plan you’ve selected.

There are four different types of health insurance plans under the Affordable Care Act. These are the Bronze, Silver, Gold, and Platinum plans, which all offer the core benefits that adhere to the ACA. The plans differ in price and coverage with the Bronze plan being the most affordable, ranging to the platinum plan being the most expensive but provides more coverage.

Recently, the White House announced it would halt cost-sharing reduction payments (also known as CSRs). This refers to federal funding that’s siphoned to insurance companies across the nation, which effectively reduce the cost of premiums for Americans who purchase an Obamacare plan.
This means insurance premiums are likely to increase, as insurers will no longer receive federal funding. Certain states like California have already incorporated price increases into their premiums to compensate for the fact that they’re going to be losing money in the long run.

How Much Does Obamacare Cost?

You will need to get a quote to determine the cost of coverage. However, various factors go into the amount you will pay. Your quote will be based on your:

When asking how much does Obamacare cost, you must first consider your age. The older you are, the more you will pay for health coverage. On the other hand, you can find cheap plans when you are young.

As of right now, cost-sharing subsidies are still in effect for Silver level plans. If your family has a household income of 400 percent or less of the federal poverty level, you will qualify for a subsidy. The subsidy ensures that individuals and families do not pay more than 9.6 percent of their annual income. The subsidy is subtracted from the price of the premium, making health insurance much more affordable for low-income families.

The type of plan you choose also determines how much you will pay for coverage. Plans that sit at the bottom of the tier system cost less than plans at the top. However, plans at the top of the tier system have lower out-of-pocket costs. That means if you have a lot of health needs, you could end up spending more overall if you get a plan with a lower premium. Consider your health care needs when choosing a plan. Make sure you select one that offers the coverage you need.

The Future of Obamacare

It’s evident the American health care system is still undergoing a dramatic transformation. It’s hard to predict whether the Affordable Care Act will stand the test of time or be repealed in Congress by the ruling Republican Party. Instability aside, HealthQuoteInfo will continue to serve the American people and will answer all health insurance-related questions. If you still don’t understand certain aspects of Obamacare or want to purchase a plan, feel free to call one of our agents today!